Wings: Males and females have wings, but rarely fly.

Habitat: Thrives in both moist and dry environments. Will nest in electronics, underneath floorboards, trash bins, and inside car engines.

Tawny crazy ants are an invasive species that can displace aggressive fire ant colonies. Also referred to as rasberry crazy ants, tawny crazy ants were first introduced in Texas in 2002. Since then, they’ve spread to Louisiana and Mississippi and receive their name from their erratic and chaotic movements.  Tawny crazy ants follow pheromone trails like other ants, however, the movements of these ants appear erratic because they have very long legs and move quickly. Killing grass, displacing other insects, and destroying electrical equipment, tawny crazy ants can wreak havoc in urban and rural areas.

The tawny crazy ant farms or tend aphids, consuming their honeydew secretions. Tawny crazy ants also prey on live animals and scavenge from dead animals. Building large nests in moist and dry environments, tawny crazy ants will utilize any available crack or crevice. Nests are found under leaf debris, waste material, damp soil, and other protected habitats. Although they prefer to build colonies outdoors, tawny crazy ants will venture indoors to forage for meats and sweets. In homes, they can be found inside of electronics, underneath floorboards, inside trash bins, and even inside of car engines.

Although they do not possess a stinger, tawny crazy ants can bite. When bitten, pain is mild and dissipates quickly. The scavenging behavior of tawny crazy ants leads them into homes, where they are attracted to electrical equipment. They have been found in televisions, stereos, the backs of computers, and other appliances. Known to chew through insulated wires and causing electrical shorts, general pest control applications that control other ants, do not provide adequate control of the tawny crazy ant. If a tawny crazy ant infestation is suspected, it is best to consult a professional ant exterminator. 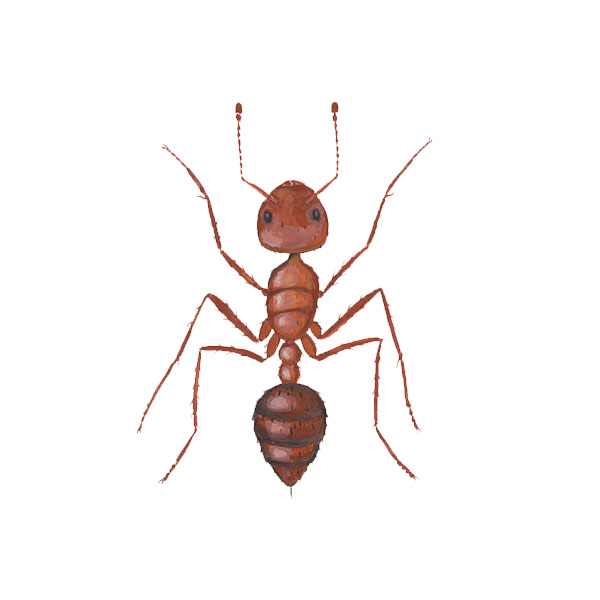